RSS
← Christian Workshop Introduction: Under the Juniper Tree
Black Nation’s Hope and Promise on His Shoulders →

Not Straying From Your First Intentions 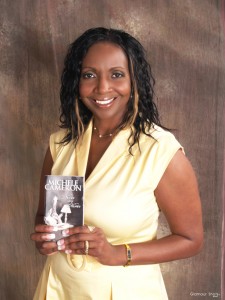 Not Straying From Your First Intentions
by Michele Cameron

November 4, 2008 history was made as Barack Obama the first African American was elected as president of the United States. I felt a sense of euphoria as I watched citizens of all races throughout the world celebrated this momentous occasion. A renewed spirit filled of hope consumed me as I watched tears of hopefulness cascade down the cheeks of young and old in New York City and Chicago’s Grant Park.

The last couple of years have been rough. I’m a public high school English teacher and I view with gravity the budget cuts that have affected the school system. For the first time in eighteen years, teachers in my county didn’t get a pay increase. I’m also greatly concerned about the obvious change in finances for my students. I’ve seen more students relying on school lunch than ever before and the number of families asking for funds that we have set aside to help needy families has more than tripled.

Teenagers can’t get jobs in fast food restaurants because retirees have been forced back in the workforce. I see the difference in my students’ appearance and lack of supplies, that they need in order to get an education. It was high time for a change.

I’m smart enough to know that this won’t happen overnight. President elect Obama is not a miracle man, but if he can keep my parents who are retired from losing their social security benefits and help decrease the monthly amount of money that they have to pay for health care because my father is a diabetic, then he’s all right with me. As I listened to my future president give his acceptance speech, one thing really struck me. From the time he was old enough to start thinking about his future, he knew that he wanted to make a difference. I take my hat off to him because he’s already done that. More people voted in this past election than ever before. I’ve never seen so many enthusiastic people welcome the changing of the guard in the political arena, and people are in turn paying more attention to things that matter, their country The United States of America.

I write romance novels. I could never dare suggest that what I do has or will ever have the impact on people that Barack Obama has, but I can still help in my own little way. I can help someone who may be grappling with some internal pain or feel as if it is them against the world and no one understands what they are going through. My books can offer solace. As I watched this hopeful man, I thought about my own goals. Lately, I’ve been thinking that I need to write a different type of novel. Contemporary romance sells, but if you really want to make the big bucks, erotica is the way to go and I had begun to think that maybe I should go that route. Barack Obama changed my mind.

In every novel that I write, social issues that affect the main characters are weaved throughout the plot. In Never Say Never, released January 2, 2008 the heroine Desiree Diamond had been in a long term relationship with a man who was taking her for granted. After being forced out of this relationship when she realized that he had no intention of marrying her, she was thrown together working on a sexual harassment lawsuit with Tyler Montgomery, an attorney at her law firm. Desiree succumbed to his charm, but she kept their relationship hidden from family and friends and almost lost the true love of her life. Never Say Never deals with interracial relationships and sexual harassment in the workplace. It also touches on how people need to be true to themselves in the pursuit of happiness.

My second novel Moments of Clarity… released October 7, 2008 is a sequel to the Diamond family from Never say Never. The heroine, Sasha Diamond is a registered nurse in New York City. She is content to stand by her man Abdul, until she finds out that he doesn’t deserve her love. By chance, she has an encounter with Sexton Johnson an NBA basketball player for the Knicks. Sexton is a product of the foster care and adoption system. He yearns for the loving relationship that was modeled to him by his adoptive parents and feels that he can have that with Sasha. Sasha realizes early in their relationship that he is the one, but is torn between splitting her time with a needy friend, and being supportive to her man. In Moments of Clarity… the social issues being explored are the down low man, destructive relationships, the health care system in America, and how to rise from horrible circumstances in order to be a model and mentor for others.

My third novel When Lightning Strikes will be released through Genesis-Press, Inc. August 2009. The main characters, Grace Foxfire and Jethro Newman were raised in Lake City South Carolina as brother and sister. Tragedy strikes and it deeply affects them as they try to deal with the loss of a loved one. The social issues in When Lightning Strikes touch on the subject of how African Americans need to take back their community to help it prosper. It also demonstrates how one needs to come to terms with death, and prescriptive drug use through family counseling.

My fourth novel Unclear and Present Danger’s heroine is Solange Montgomery who was introduced to readers in When Lightning Strikes. The hero in the novel is an Arab American policeman Ali Marks. Prejudice and ill conceived notions is the theme of the novel. I explore what a citizen of the country is and how the climate for Muslims has changed for the worse since we engaged in war with Iraq. Also, the effects downsizing is having on the workplace because of our looming recession.

I am deeply indebted to Barack Obama because he made me do some critical thinking about the effect words can have on a nation. He set a course and didn’t stray from it not matter what anyone else said or did, and in the end he was triumphant. He is the right person at the right time to remind me of why I wanted to be an author in the first place and how not to let myself be sidetracked and become too competitive with others in my field. I’m happy and proud of all published authors, but now I am also more accepting of my place in the literary world.

Michele Cameron, a native of Bridgeport Connecticut is a graduate of the Danbury High School Connecticut school system.

Cameron is a graduate of North Carolina A & T State University in Greensboro with a B.S. degree in professional writing and English Education.

Cameron’s first novel, given a 4 star rating Never Say Never was published in January, 2008 and earned her the prestigious title as being named New Face among African-American writers for the month of January by Romanceincolor.

Please rate the article. What do you think?

← Christian Workshop Introduction: Under the Juniper Tree
Black Nation’s Hope and Promise on His Shoulders →