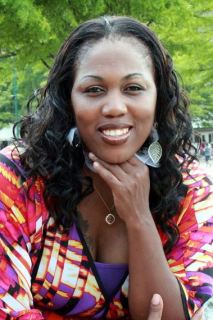 Norlita Brown, a Detroit native, holds a BA in English from Georgia State University. She is the co-founder of Brown Essence, Inc., a small publishing company that has set out to put a realistic face on the problems in the African American community.

To her credit, Norlita is the co-author of a self-motivational book and 2 collaborations of poetry. She is the author of 3 novels and 1 collection of short stories. Her work can also be found in an anthology brought by Kendra Norman-Bellamy titled, Love Said Not Soas well as her most recent work with ReShonda Tate Billingsley and 21 outstanding authors in The Motherhood Diaries.

Somebody Else’s Vows
Ahmad makes her want to leave the one she’s with. Quan makes her happy she decided to commit. If only the two were one, Alyssa would never have to choose, what she doesn’t realize is that it’s not her choice to make.

Ahmad, a devout Muslim, firm in his beliefs will have nothing to do with Alyssa’s attempts to break her vows, and yet he can’t seem to get her off his mind. If anything is possible in a world full of emotions, could it be possible that he has just fallen in love with a married woman?

After the betrayal of his first marriage, Quan did not want to travel the same road twice. So how did a marriage sent from heaven wind up in hell? Although he is the constant in both equations, he refuses to believe that his marriages have fallen apart at his own hands. Now he’s left wondering, should he stay or should he leave?

A downhill battle against the odds, this story will stare marriage in the eye begging to know who is delusional.

Somebody Else’s Vows
Genre: General fiction
Target Audience: Adult ages 18 and above
Primary Subject Matter: Too many times we highlight how men are unfaithful, while at the same time we pull the cover over the woman’s indiscretions. This book brings it all to light.

Sexual Suicide
Alyssa, Ahmad, Quan, and Tiffany are back in Sexual Suicide, the sequel to Somebody Else’s Vows. With her marriage on the rocks, Alyssa realizes it is time to stop playing with fire and decide to whom her loyalties belong. She desperately wants to mend the wounds of her tattered vows with Quan, but the alluring temptation named Ahmad is one she can’t seem to shake. When an unexpected run-in occurs secrets that have been hidden behind closed bedroom doors come tumbling out, forcing everyone to come clean…or sort of.

Can Alyssa and Quan’s marriage survive the mistakes of the past or is the truth enough to sign and dry the ink on their divorce papers? An uncertain wife, a scorned husband, an envious lover, and someone who is determined to win by any means necessary, set the stage for a potential murder, and a suicide in a way you have never imagined.

Sexual Suicide
Genre: General fiction
Target Audience: Adult ages 18 and above
Primary Subject Matter: Picking up where Somebody Else’s Vows left off, this book talks about the consequences that may come when you choose to be unfaithful.

Shadowed Seductions is the conclusion of the series, which is slated for release in August, 2013.  Purchase books here:  http://www.brownessence.com

Posted by Ella Curry, EDC Creations on September 16, 2013 in Uncategorized