Lady of the House by E. N. Joy 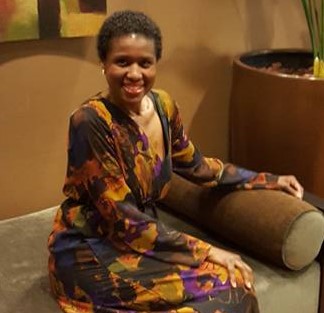 The man might be the head of the family, but the woman is definitely the head of the house. Pastor Margie has been doing just fine running her house, as well as the house of the Lord, New Day Temple of Faith, all by her lonesome. As a matter of fact, her motto has been, “I can do better all by myself.”

Well, certain members of the congregation beg to differ. Some of them have been nagging at Margie for so long about finding a help mate that she just might be crazy enough to give it a try. Once her congregation learns the method in which she goes about seeking a man for the house, they might worry for her sanity. After all, a woman of the cloth would have to be certifiably nuts to agree to go on a reality dating show in order to find a husband.

Margie assures her members that she will be just fine, because the Lord will guide her. That may be so, but a former member comes across the miles to offer her help as well. Usually the voice of reason who can speak truth and sense into any situation, even Mother Doreen might not be able to handle this scenario.

As Margie and Doreen navigate the pitfalls of reality television, will the voices of the producers, production team, and not to mention the men—some of whom aren’t even saved—drown out the voice of God?

Chapter Excerpt: Lady of the House by E. N. Joy

Melanie shot up out of her seat. “First Lady Doreen!”

“It’s church policy that you don’t count the funds without myself, pastor, or another member of the finance board. You know what this means, don’t you? You’re going to have to resign from your position as church treasurer until you’ve been delivered from that pilfering spirit.” Doreen walked around the desk to where Melanie stood. “You know we are a place of healing and deliverance, so you definitely need to be here so we can minister that spirit of theft right on out of you.” Mother Doreen gave Melanie a great big Holy Ghost hug. “We love you.”

“And I love you too,” Melanie said, returning the gesture of hugging Doreen. “That’s why I would never—”

“Hey, you two.” Pastor Wallace Frey, senior pastor of Living Word Living Waters and Doreen’s husband, entered the room in a rush. “Sorry, I’m late, Sister Melanie.” He turned to close the door. “I know it’s my week to help you count the money.” He turned around to see his wife and Melanie releasing each other from a hug. Both their eyes were cast downward. “Is everything okay?”

“No, Pastor, everything is not okay.” Doreen nodded to the chair her husband stood by. “You might want to sit down for this.” He took his wife’s advice and sat.

“Honey, I know Sister Melanie has been with this church longer than I have,” Doreen said. “Which is why it pains me to see her have to go.”

Wallace hadn’t even gotten comfortable in the chair before he shot up right out of it. “What? Sister Melanie, you can’t quit.” He stepped around the desk and placed his hand on Melanie’s shoulder. “Whatever it is, I’ll make it right. I don’t understand why you didn’t come to me with something as serious and life changing as you deciding to quit.”

“That’s because I didn’t decide to quit,” Melanie said.

“What?” Wallace was confused. “If you didn’t quit . . .” He allowed his eyes to travel from Melanie to his wife, the only other person in the room who might be able to offer him up some answers.

Wallace went and sat back down in the chair while shaking his head. “This isn’t The Apprentice. We don’t up and tell folks, ‘You’re fired,’ especially not folks like Sister Melanie. Not one who has served as an outstanding member of Living Word Living Waters since I can’t remember how many years.”

“Seven,” Doreen said. It was obvious she’d been keeping count. She wasn’t sure whether that was consciously or subconsciously. She could understand how her husband must feel losing a church leader, but a part of her couldn’t help but wonder if he’d be acting this way had it been any one other than Sister Melanie. “I don’t go around firing folks, that is, unless they’re stealing from the church.”

Doreen nodded. “Took an envelope from the offering just as I was entering the office.”

Wallace looked at Melanie. In that instance, she looked up from the ground and locked eyes with her pastor. He shot her a knowing look.

“I’m sorry, Pastor Frey. I’ll clear my things out now.” Melanie’s eyes darted with nervousness. “I’ll go to the supply room and get some boxes.” She hurriedly walked to the office door.

With each step Melanie took, Wallace looked as though he wanted to stop her. This didn’t go unnoticed by Doreen. She surveyed the scene and waited with bated breath for fear of what her husband’s next action would mean, not only to the ministry, but to their marriage. If her husband stopped Melanie from leaving, then she’d know his was personal and not church business.

At the beginning of her and Wallace’s courtship, he had not hesitated to let Doreen know he and Melanie had been a couple long before Doreen had ever been thought of. But the sparks between them was no more. Just the love of Christ. That was the story Wallace had passed on to Doreen, and she’d believed him . . . up until now.

Doreen could hear her heart thumping loudly. She could hear her own deep breaths sounding like a gust of wind. She could hear loud and clear that voice inside her head begging and pleading to her husband to not stop Melanie; that he allow her to walk through that door. A man of God, her husband, wouldn’t think twice about letting a church employee go after being caught stealing. A man in love, though, perhaps not.

She watched as Melanie made her way through the threshold of the doorway. The corners of Doreen’s mouth raised into a slight smile as she now exhaled. She closed her eyes and thanked God that her worst fear had not come to pass. However, perhaps Doreen had thanked God a little too soon, as before she could even open her eyes she heard Wallace call out, “Melanie, wait. Don’t go!”

© 2017 All rights reserved.  Book excerpt reprinted by permission of the author, E.N. Joy.  Do not reproduce, copy or use without the author’s written permission. This excerpt is used for promotional purposes only.

About the Author
BLESSEDselling Author E. N. Joy is the author behind the “New Day Divas,” “Still Divas,” “Always Divas” and “Forever Divas” series, all which have been coined “Soap Operas in Print.” She is an Essence Magazine Bestselling Author who wrote secular books under the names Joylynn M. Jossel and JOY. Her title, If I Ruled the World, earned her a book blurb from Grammy Award Winning Artist, Erykah Badu. An All Night Man, an anthology she penned with New York Times Bestselling Author Brenda Jackson, earned the Borders bestselling African American romance award. Her Urban Fiction title, Dollar Bill (Triple Crown Publications), appeared in Newsweek and has been translated to Japanese.

After thirteen years of being a paralegal in the insurance industry, E. N. Joy divorced her career and married her mistress and her passion; writing. In 2000, she formed her own publishing company where she published her books until landing a book deal with St. Martin’s Press. This award winning author has been sharing her literary expertise on conference panels in her home town of Columbus, Ohio as well as cities across the country. She also conducts publishing/writing workshops for aspiring writers.

Her children’s book titled The Secret Olivia Told Me, written under the name N. Joy, received a Coretta Scott King Honor from the American Library Association. The book was also acquired by Scholastic Books and has sold almost 100,000 copies. Elementary and middle school children have fallen in love with reading and creative writing as a result of the readings and workshops E. N. Joy instructs in schools nationwide.

In addition, she is the artistic developer for a young girl group named DJHK Gurls. She pens original songs, drama skits and monologues for the group that deal with messages that affect today’s youth, such as bullying.

You can visit BLESSEDselling Author E. N. Joy at http://www.enjoywrites.com or email her at enjoywrites@aol.com.