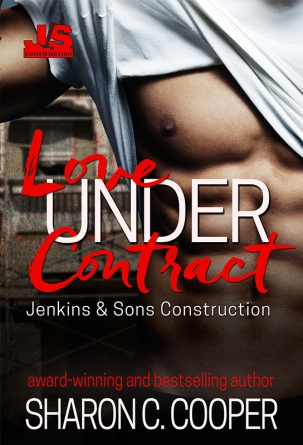 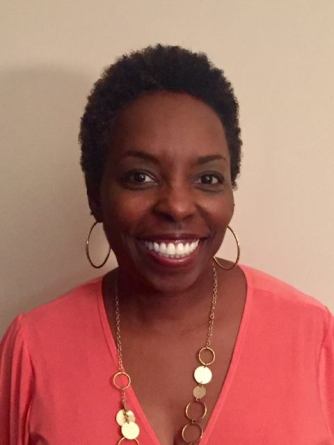 Sumeera Robinson refuses to settle for less than she desires, even if what she craves is the sexy, smart, and charming Nicolas Jenkins-Moore. At her age, she wants marriage and a family, not the empty promises Nick offers. Yet, there is just something about the man that makes moving on nearly impossible.

As the new senior manager of Jenkins & Sons Construction, Nick’s five-year plan is on track with marriage and starting a family at the bottom of the list. Sumeera is as beautiful inside as she is on the outside, but not even she can entice him to abandon his carefully plotted road to success. That is until she walks away without looking back, leaving him yearning for her presence in his life.

Nick is determined to convince Sumeera that he wants the same things she wants. But will an unexpected development keep them from the life they desire? Or will fate bring them closer than they’ve ever been before?

Have you checked out the Jenkins Family Tree? If not, click here.
https://sharonccooper.wordpress.com/2017/03/17/new-release-love-under-contract/

4.0 out of 5 stars By Changing2faces
Reconnecting always have those inner doubts of whether one is doing the right thing for the right reasons. I agree and am a firm believer in planning and preparation, but I also understand that God’s plan trumps anything man may put in place.

As Sharon, takes us on the journey of Nick and Sumeera is was great to see the Jenkins family play such a pivotal role. Not to mention I love the fatherly advice Lewis provided Nick. Both when seeking to obtain Sumeera’s trust and love, as well as, once having their happily ever after.

One point that I really am interested in knowing more about is Russell, Sumeera’s father. What caused him to be who he was. What truly impacted his and Mona’s relationship. I also want more from Johnetta and Miguel. Especially with her relocating to be with him. A nice little novella to tackle these two mature older couples would be nice.

Overall you’ll smile, laugh, and even get frustrated as you read Nick and Sumeera’s story, but in the end you’ll love and root for their success. Good job Sharon on continuing with the Jenkins family.

5.0 out of 5 stars  By Kindle Customer
Love Under Contract (Jenkins and Sons Construction) is a very sweet and sensual romance novel that earned a rating of five stars. I enjoyed reading this installment of the Jenkins and Sons Construction series and catching up with family members of the Jenkins family. Nick’s love story was was exciting and Sweet and I would recommend this book to anyone who enjoys reading good romantic novels.

4.0 out of 5 stars By Amazon Customer
Love Under Contract is such an amazing love story. Talk about not realizing what you’ve got until it’s gone. Sharon C. Cooper kept me glued to my seat and my tablet open until the very end.

One of my favorite series of all time is her Jenkins Family series and now that all of the lovely Jenkins women have found their happily ever after Mrs. Cooper is moving on to men in the Jenkins family. What a strong start it was. Nick is by far every girls fantasy but he’s not ready for love or at least that’s what he thinks until Sumeera becomes the one that got away.

You will love reading about them and their story. There’s some twists and turns but nothing that takes away from the their story of love and finding the one.

Sumeera dropped her compact back into her purse as a loud rumbling motor sounded outside. She went back to the window and tilted the aluminum slat of the blinds down, willing herself to remain calm when she spotted Nick’s truck. There was a time in her life when she’d only been attracted to a man in a suit and tie, clean shaven, with a runner’s body. But nothing about Nicholas Jenkins-Moore resembled that picture.

Just over six-feet tall with dark soulful eyes and skin the color of toasted almonds, Nick, a sheet metal worker by trade, ran one of the largest construction companies in Cincinnati. Her heart pounded against her ribcage as she observed him standing behind his truck taking in his surroundings. He reminded her of a poster boy for everything rugged and powerful.

She wasn’t sure why he parked on the street instead of in the driveway, but it gave her a chance to admire him from a distance. He wore a dark wool cap pulled down low and sunglasses shielded his eyes. Even in his work coat, one could tell he had wide shoulders and a broad chest. His tree-trunk-like legs were encased in his customary blue jeans and dusty steel-toe boots covered his feet.

Sumeera remained rooted in place as desire hummed through her veins while she watched him. His long, easy gait carrying him up the driveway toward the house. With a diamond stud earring in each ear, his sexy goatee and tattoos that she knew covered his forearms beneath his coat, he was everything her prim and proper mother would disapprove of. Yet, Sumeera was crazy in love with the man. Hence, her biggest problem at the moment.

She and Nick had dated for seven months until she made the mistake of falling in love with him. It was a mistake because he had made it clear up front that he wasn’t looking for a serious commitment. Like so many women, Sumeera thought she could change him. Didn’t happen. Then she thought she could handle being in a relationship without knowing if it would amount to marriage, but quickly realized she couldn’t handle that either. And she definitely didn’t want to end up like her mother. Mona had stayed with Russell, who promised marriage, but thirty-five years later he was still making promises and they still weren’t married. That’s why Sumeera had put some distance between herself and Nick. She wanted a different life than her mother’s.

Sumeera stepped away from the window and closed her eyes, willing away the slight headache trying to creep in. She knew her constant tiredness and the random headaches were from working more than she’d been sleeping, and lately she’d been paying for it.

Nick rang the doorbell, and Sumeera opened her eyes. She wiggled her shoulders to relieve some tension, then ran her fingers through her hair hoping it looked alright.

“Okay. I’m ready.” She exhaled before opening the door. But no amount of preparation could have readied her for coming face to face with the man she’d dreamed about during many lonely nights over the last few weeks.

Nick removed his shades, placing them in the top pocket of his jacket that rested over his heart. She swallowed hard when their gazes collided. He studied her for what felt like hours. His sexy brown eyes scrutinized, doing a slow crawl down her body, and then back up again. Heat consumed her, making her want to fan herself, but she didn’t move.

“Hello, Sumeera.” His rich, deep voice washed over her like a gentle breeze, nipping at her skin, and her heart rate inched higher. His cologne, a woodsy scent, brought back memories of romantic nights and happier times. She hadn’t seen him in a month and a half, but there hadn’t been a day that went by that she didn’t think of him.

About the Author
Award-winning and bestselling author, Sharon C. Cooper, is a romance-a-holic – loving anything that involves romance with a happily-ever-after, whether in books, movies, or real life. Sharon writes contemporary romance, as well as romantic suspense. Sharon has been nominated for numerous awards and is the recipient of the 2017 Black Pearls Magazine Excellence Award. She also has an Emma Award for Romantic Suspense of the Year 2015 (Truth or Consequences), Emma Award – Interracial Romance of the Year 2015 (All You’ll Ever Need), and BRAB (book club) Award -Breakout Author of the Year 2014. When Sharon is not writing or working, she’s hanging out with her amazing husband, doing volunteer work or reading a good book (a romance of course). To read more about Sharon and her novels, visit http://www.sharoncooper.net

Posted by Ella Curry, EDC Creations on April 16, 2017 in #StorytellersBookTour