RSS
← FOR YOU WOMAN: Spirit Jewels by Author/Poet ME
The Legend of Diddley Squatt by Duane Lance Filer →

A View from Harlem by Tracey Fagan Danzey 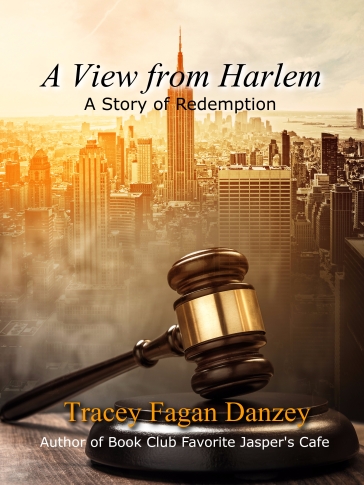 A View from Harlem by Tracey Fagan Danzey

Life makes the distinction between lasting or lust and forever or not. Nearly five years ago, the contrasting lives of these unlikely friends became cemented. Through all their differences, they toiled through the grit of building friendships and finding love. Now it truly begins. Perry and Robert Nichols have finally transitioned from living a lie into living that life.

Despite her once-pretentious facade, Perry now touts a coveted life—one she never apologizes for. What matters is her marriage, her two children, and the success of her upscale business, Lux Body & Soul. Perry’s wrath abruptly becomes unleashed once being betrayed, causing her life to quickly unravel. When everything she holds dear is put at risk, Perry must call on Harlem Brooks.

Harlem Brooks, the good boy gone bad, has returned to the city. He has cleaned up his act and is no longer the judge’s prodigal son. Harlem is back at the firm, committed and living a more suitable life. As his determination increases to spare Perry from ending up behind bars and keeping her family intact, he is unknowingly blind-sided by what is awaiting his own. When he returns to the office late one night seeking any crucial evidence to turn around a plummeting trial, Harlem makes a shattering discovery. Now more than ever he longs for what his brother has . . . his own family.

Like many men, Harlem hasn’t quenched his insatiable needs. What he desires most is the one thing he can’t have. Erika Townsend’s beauty is alluring to Harlem, but what intrigues him most is her resilience. That unshakable strength is what Harlem needs now more than ever.

Torie Matthews is finally settled and happy after marrying Quinn, her best friend and kindred spirit. In the face of their marital bliss, there has been immense heartbreak. When their marriage receives yet another devastating blow, Torie questions whether their bond is strong enough to endure.

Editorial Review for A View from Harlem by Tracey Fagan Danzey

The storyteller is back! It’s been two years since Jaspers Café on the Boulevard was released, and the time away has served Tracey Fagan Danzey well. This natural storyteller has returned with a punch delivering a strong story that blends humor, drama, action and of course, unforgettable characters. A View From Harlem centers around Harlem Brooks, a handsome, successful lawyer with no interest in settling down with one woman. It appears that Harlem has life in the palm of his hand until an unexpected discovery about his family leaves him questioning everything he holds dear. But it doesn’t stop there!

In true storyteller form, Tracey has woven in several engaging plotlines that deal with love, faith, loss, infidelity and redemption. Tracey’s characters both supporting and main come to life and have you feeling like you’ve known them forever. (Trust me when I say that you’re going to want to invite Aunt Dot to Christmas dinner!) If you’re looking for a modern read that seamlessly has you laughing one minute and wiping away a tear the next then A View From Harlem is one you won’t want to miss.
— JT Belangela -Blogger and Goodreads Reviewer

About the Author
Tracey Fagan Danzey is an author and occasional blogger who has been described more than once as a natural storyteller. It is her passion for writing that allows her to create an experience, conjure emotions and share vivid views for her readers through her pictorial descriptions. To further pursue her craft and aspirations of becoming a published author, Tracey elevated her commitment by becoming a member of the Westport Writers’ Workshop, critique groups and book clubs.

“Where Is The Box For Someone Like Me?” is a project that advanced in the 2011 Amazon Breakthrough Novel Award Contest and has since developed into Tracey’s debut novel, “Jasper’s Cafe On The Boulevard”.  https://www.authortraceyfagandanzey.com

← FOR YOU WOMAN: Spirit Jewels by Author/Poet ME
The Legend of Diddley Squatt by Duane Lance Filer →