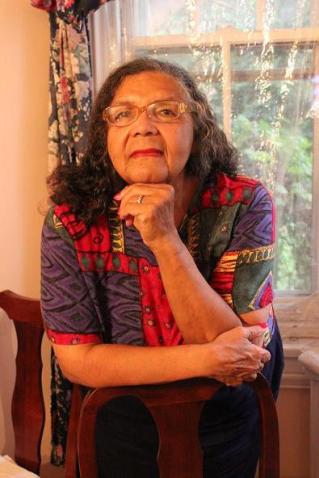 Border Patrol Agent, NITA JOHNSON, is partnered with former substitute academy trainer, Agent CRAIG SAWYER, for a special assignment. They will patrol the border in an effort to uncover routes taken by illegals. Several things concern the agency: the routes don’t seem to be randomly selecte and inside information seems to have been used. Some of those apprehended are suspected of being drug-smugglers and terrorists.

Nita and Craig are sent undercover to Mexico to try to discover details. They work with undercover Mexican agents at two locations and the operation succeeds. Drug-smugglers are arrested. Terrorists are apprehended and plots to destroy many United States historical sites are uncovered.

United States citizens involved in other illegal operations are exposed and arrested.

Assignment successful, Nita and Craig can move forward with their personal plans. They love each other and will spend the rest of their lives together.

“Ms. Wootson brings a well written suspense novel with an unusual subject. The sights, scenes, and sounds of Mexico and the border area crossing are brought to life with her well defined prose.” —V.C

“This is my first book by Alice Wootson and I loved it. She gives such detail about the border agent lifestyle, training and covert operations that I felt a part of the border patrol. The romance that blossoms between Craig and Nita is gradual yet real. The plot moved quickly and I loved the fact that I didn’t know who the bad guys were but still got a glimpse into their plan. Told in multiple POV’s yet the transitions were seamless.” —N.N. L.

“Border Danger’ is the impressive result of what I assume was a ton of research. The author introduces us to the tough world of training for border patrol agents and the even tougher job they face after graduation. Ms. Wootson avoids engaging in many of the debates over immigration and focuses on the challenges patrol agents face every day. The heroine is strong and determined and cool-headed, the hero is a good and honest man fighting criminals and his own issues. Together they make a powerful team working to keep order on the US-Mexico border.” —A.K.

Nita Johnson tried not to walk like a hobbled horse, but found it impossible. The past week seemed a year long. Silently she asked the question that was on her mind more during those days than before: Lord, did I hear you right? Is this where you want me to be?

Stay. The word was so clear she looked around. Nobody was there. Okay. Despite her aches, she relaxed a bit.

The written test was grueling and I thought the physical training up until this week was as hard as it would get. It couldn’t be more difficult than my SWAT training. She shook her head. Boy, was I wrong. That was nothing compared to this past week.

She shuffled into her room, gave the door a weak push shut, glanced at the bed, then eased to the floor and stretched out on the carpet. Even her bones were weary. She folded her hands across her middle and thought of the person responsible for her condition: Agent Craig Sawyer.

He was substituting for Officer Glen Young. The trainees nicknamed him Resident Torturer. He looked as if he didn’t quit exercising his six-foot plus body even after he released the class for the day.

His image loomed in her mind and settled into place as if he was standing in front of her. His finely-honed features and smooth looks could be at home on the cover of a men’s fashion magazine. On the other hand, he could be mistaken for someone in a corporate setting; at least until you looked at his eyes. Nita frowned. Ruthlessness looked as if it had lived there for a long time. They reminded her of shark’s eyes. Craig Sawyer was one angry man.

A few minutes later she stood. She thought of soaking in a tub of hot water, but she wasn’t sure her muscles would lift her out. She opted for a shower.

As the water beat on her shoulders and back, she tried to think of a suitable punishment for Agent Sawyer. She gave up when nothing harsh enough came to mind. He didn’t know how blessed he was that she was a Christian.

“If this is the best we can get, this country is in bigger trouble than the worse critic said,” Craig Sawyer said to Glen. He crumpled his paper cup and tossed it into the wastebasket across the room.

“Man, what are you doing to my class?” Glen frowned. “Even my assistant said he was glad he didn’t have to train under you, and he has a reputation for being the toughest.” Glen shifted his leg on the footstool as if a different position would make the plaster cast that went from his ankle to his knee easier to accept. “When I twisted your arm to take over the training temporarily, I expected to have a group to go back to after I get rid of this thing.” He tapped the cast. “At the rate you’re washing them out, I won’t have a class to go back to.” He glared.

“I’m not doing anything compared to what they’ll meet in the field.” Craig stared at the wall as if he saw something else.

“They’re not supposed to be able to function in the field yet. They’re only a little more than halfway through training. First, we prepare them. That’s why they call this training.”

“You should have left me in the field where I belong.” Craig crossed his arms across his chest. “I function best out there.”

“Yeah, I know, but right now we need you here.” Glen leaned forward. “I don’t need to tell you how short-handed we are. We need these new agents like years ago. Even if all who started with this class survived training, we’d still be short-handed. We can’t delay the rest of their training until I can finish it myself.” He glared at Craig. “Of course, you keep this up, and our numbers will be where they were before the class reported eleven weeks ago.”

“Listen, my friend, you knew me a long time before you recommended me. You knew I’d be tough on them.”

“Tough, yeah. Impossible is another thing.”

“True, but they thought they were signing on for the Customs/Border Patrol Agency, not a suicide mission.” Both men stopped moving. It seemed as if the room were holding its breath. Finally, Glen broke the spell. “Sorry,” he said quietly. “Man, that was a poor choice of words.”

© 2016 All rights reserved. Book excerpt reprinted by permission of the author, Alice Wootson. Do not reproduce, copy or use without the author’s written permission. This excerpt is used for promotional purposes only.

About Alice Wootson
Alice Greenhowe Wootson is a retired teacher and award-winning author of thirteen novels. She is also a prize-winning poet. She’s a member of The Philadelphia Writers Conference, Mad Poets Society, Romance Writers of America and The Authors Guild. She meets with book clubs and readers.

Alice is a member of several ministries at her church: Enon Tabernacle Baptist Church in Philadelphia.

She uses any spare time she can find reading, traveling and spending time with her husband, her sons and grandchildren. She is always working on her latest novel or piece of poetry.