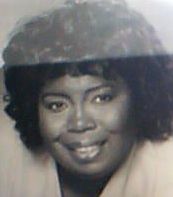 R. Jenkins-Oliver was born and raised in McIntosh County Georgia . She is the oldest of four children, and is a graduate of Todd-Grant High School , Margaret M. Washington, and Brunswick College . She has worked for the FBI, as a health care professional, and was an entrepreneur. She has appeared in several industrial and feature films.
BPM: What make you powerful as a person and as a writer?
I think what makes me powerful as a person is that I’m proactive, an empathic listener, respectful, I’m willing to support and network with others. I plan ahead and I always have more than one plan. I welcome criticism because there is always room for improvement. And most of all I commune with the Holy Spirit every day of my life.
I consider myself a powerful writer because my writing was inspired by a higher power. I would have never thought in my wildest dreams that I would have ever written a book and become a published author because I have never challenged myself to be a creative person.
BPM: Who are your mentors? Where do you find you inspiration for writing?
I find my inspiration in my faith. My mentors are people who encouraged and inspired me to trust in my faith and to stay focused on my goals in life.
BPM: What legacy do you wish to leave future readers?
My writing offers the following legacy to future readers: My writing offers the reader a glimpse of what life was like for so many African Americans before us, and what they had to endure in their lives to survive the injustice they received.

BPM: Introduce us to your book and the main characters. What makes it stand out?
The main characters in the book are Henry, John, Joe, Viola and Hettie. 1878 is based on the life of Henry Forest , who lived during the late 1800’ until the mid 1900’s. The fourth son of a farmer, Henry was born in 1878 on a farm in Georgia . He and his brothers were raised to be hard-working and responsible men, to marry and raise their own families.
Henry married a young woman named Mollie, with no farm of his own; he decided to work for another farmer in Dexter. Shortly after Jack Johnson won the heavy weight championship of the world in July, 1910, racial tension ignited around the country. Henry gets involved in a fight with a number of white men who made racist comments about blacks with the rise of the Klu Klux Klan. Wanted by the FBI and afraid of getting killed, he moves to Eulonia and assumes the name Robert. He spent the rest of his life living in fear for his life and the life of the family he left behind.
The book is written in a mixture of Geechee and Gullah dialect which is still spoken in the area today and almost entirely in dialogue.
BPM: What specific situation or revelation prompted you to write the book?
The Holy Spirit placed it in my heart to write the story. I think the reason the Holy Spirit gave the vision to me to write the story was because there were whispers about Henry’s life as a young man, but in later years at a family reunion, the secrets came out that he had a different life and identity before he came to Eulonia.
Once I received the missing parts to the story, I had no idea where to start the story. That’s when I started having the dreams about people that I never knew. In the dreams I heard their voices and saw their faces. That’s why the story is written almost entirely in dialogue and in dialect.
BPM: Take us inside the book. What are two major events taking place in the book?
The main event: Henry’s distrust of the justice system, and his fear that he and his family would be killed.
The book depicts what life was like for Henry and his family in both the early and later years of their lives. The stories talks about faith and the trials, tribulations that the family went through, and how they pulled together to survive the hardships in life.
BPM: Who were your favorite characters in 1878 The Life and Times of Henry Forest?
My favorite characters are Henry, Ben, and Joe. Henry was a hard working man who lived for his family; he was determined to survive. He made a decision that haunted him for years, but through it all he never lost his faith in God.
Ben grew up before reconstruction, and he knew that a colored man only chance for survival was to keep his opinions to himself and to stay out of trouble. He loved his grand children and he told them stories about what could happen if they didn’t stay in their place.
Joe was a man who opened his home to Henry while he worked as a sharecropper to earn a living for his family. Over the years Joe became fond of Henry and treated him like a son.
BPM: Are your characters from the portrayal of real people?
Yes the story was based on facts. Most of the characters are the families’ real names, however, there are a few fictional names in the story used to portray real characters.
BPM: Who do you want to reach with your book and the message within?
I think the story sends a message to Americans that we as a people have made many achievements together in racial relations and we have freedom of speech in the 21st century especially when compared to the era when this event happen in the early 20th century. However, we can be encouraged that improvements are being made in spite of what’s going on behind closed doors.
BPM: How will reading your book shape the readers life?
I think the story invites the reader to experience a vivid and engaging bird’s eye view of what life was like for African America during the dark period in American history. The experience can stir up personal feelings of joy, pain, suffering and despair as the reader enters in to the world of the characters.
BPM: What is the most powerful chapter in the book, 1878 The Life and Times of Henry Forest?
The most powerful chapter in the book is when Viola and Hettie met while working at a motel in Eulonia, and the two of them discovered that they grew up hearing the same story about one of their family members.
BPM: What do you think makes your book different from others on the same subject?
I think that Henry’s story is unique because there were so many who found themselves in a similar situation and didn’t survive because they were murdered before they could get their day in a court of law to tell their sides of the story before a jury of their peers.
BPM: How can readers reach you online?
Readers can reach me via email:  l_rolivercorpllc1@yahoo.com
Book: 1878 The Life and Times of Henry Forest
by author R. Jenkins-Oliver
Book seller link: http://www.blackbookplus.com/  or web page  http://www.authorsden.com/
Also, readers should be able go into bookstores and order the book.
Please share this discussion with your network too! Leave your thoughts below.
Return to Black Pearls Magazine Online
Please rate the article. What do you think?

Posted by Ella Curry, EDC Creations on May 3, 2010 in Author Interviews